Fat32 VS NTFS: Understanding The Differences ​You’ve just finished typing your project, clicked save, and now you are drinking a celebratory glass (or mug) of your favorite beverage.

For many people, this is as far as their knowledge of saving files onto hard drives (or any other storage medium for that matter).

But do you know exactly what happens when you save your document, or music, or even video files?

If you don’t, you probably don’t understand what FAT32 or NTFS mean.

Worse still, you can’t even chip in with an answer in the FAT32 VS NTFS debate.

And that is why I want to help you become knowledgeable about these 2 file saving formats (I’m turning you into an honorary geek).

But before we get into the FAT32 VS NTFS debate, let’s get a few things clear first. A filing system is simply a way of organizing and storing files on a storage device such as a hard drive, flash drive, or any other storage device. Every storage device has one or more partitions to which the files you save are sent, and each partition is “formatted”, or prepared to work with a file system.

When you format a storage device, you are simply creating an empty file system of that type (FAT32, NTFS, etc) on the device.

But once you understand the simple workings of filing systems, it will be a breeze for you to know what filing system to use when formatting your USB drive as an example.

If you use a computer on a regular basis, you will, at one point, have to format a drive. This alone will drive you to have an understanding of file systems, and more often than not, it will always come down to FAT32 VS NTFS - that is if you are running windows.

But then I get ahead of myself, let me continue explaining what filing systems are.

And much like the physical filing system, it also provides an index or a list of the files on the drive and their location on the drive. This index helps the operating system to know exactly where files are stored, instead of it having to comb the entire drive in search of a particular file, a process that would dramatically slow down your computer.

And that brings us to another question that’s begging to be answered – “why are there so many different file systems?”

The Simple Reason Why There Are So Many File Systems

​Why are there so many different filing systems?

Is it just a way of enslaving the average computer user in a prison of ignorance?

File systems are not created equally. Different file systems have their own different ways of organizing data onto a storage device.

For Windows, the 2 most common file systems are the 2 we are debating today – FAT32 and NTFS. And a general rule of thumb when working in Windows is that smaller drives like your removable drive should use FAT32 for best compatibility while bigger storage devices should use NTFS.

As for Mac-formatted drives, they use a file system called HFS+ while Linux also has its own file system.

I’m sure you now have a foundational understanding of filing systems and you’re now ready to tackle the FAT32 VS NTFS debate.

FAT32 VS NTFS – The Showdown So what are the major differences between the FAT32 and NTFS file systems?

When are you supposed to use one and when should you use the other?

​The NTFS file system maintains a log of disk changes that help it automatically repair files and folders in the eventuality of power failure or abrupt errors. These repairs take place without you the user even knowing it. 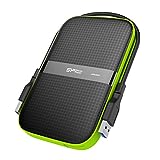 The FAT32 file system on the other hand only maintains 2 different copies of the file allocation table that it uses as a backup mechanism if some damage occurs.

​When it comes to security, the NTFS file system offers better security features than FAT32 as with NTFS allows you to set permissions on local files and folders. With FAT32, on the other hand, share permissions are the only level of security you will have. This makes your files vulnerable locally.

​As for file compression, FAT32 offers no file compression feature at all, while NTFS allows you to compress files and folders individually. By compressing files yourself, you don’t slow down your computer by depending on partition compression.

​Because it is developed by Microsoft, the NTFS file system is compatible with almost all the Windows operating systems.

When it comes to Mac OS X, however, the NTFS file system has some limitations. For example, the Mac OS X can only read NTFS drives but it can't write to them.

With the FAT32 file system though, the Mac OS can not only read but also write to FAT32 drives. This essentially means that FAT32 is more compatible than NTFS.

​When it comes to the file size, this is where FAT32 flounders terribly. This is because the maximum file size that FAT32 can support is around 4GB and the volume size it can handle maxes at around 2TB. This means if you have a 6GB hard drive, for example, you'll be able to create three 2GB FAT32 partitions.

In such cases, it's best to convert the drive to the NTFS (or exFAT) file system. This is because the NTFS file system allows for bigger partition size which in effect allows it to handle bigger file sizes.

If you work with large files, then you’re better off using the NTFS file system.

​When it comes to conversion, FAT32 can be easily converted to NTFS but the opposite is not possible. This is because NTFS follows a secure protocol. So, the best you can do if you want to convert NTFS to FAT32 is to back up your data and then format the disk.

When it comes to comparing the FAT32 to NTFS file systems, there’s no clear-cut winner as both file systems do have their pros and cons. These pros and cons make it system suitable for different situations.

Even though there is no clear winner between these 2 file systems, at the end of the day there is a very unlikely winner – you.

I say this because you have gained knowledge that has expanded your knowledge in an area the average person doesn’t even bother looking into.