Choosing The Best Motherboard You Can Get In The Market Selecting the best motherboard for your computer can no doubt be an arduous task – but not something that should give you too much grief. With the plethora of options to select from nowadays, how do you select which one to buy?

Unfortunately, it’s not quite as easy as that, as you’ll see below. Read on for our definitive answer and what to select, and how to come to that conclusion.

What Exactly Is A Motherboard?

Before we can go into any detail on how to pick the best motherboard, we thought we should define it first. Where the CPU or the central processing unit is colloquially referred to as the brain of a PC, the motherboard or the mainboard is often described as the backbone.

It's the component in a PC and, for that matter, pretty much any other electronic device, whether it's a game console, a piece of industrial equipment, or a cell phone that contains all the slots where everything else goes into.

So how do we find it? This is usually easy because it's the largest PCB or “printed circuit board” inside the device, and it's covered in slots, connectors, chips, and other electronic parts.

At its very core, a motherboard is just a bare PCB and contains no actual processing power. It relies on other processors, like the CPU and GPU, which are sometimes socketed in. Other times, they are soldered on directly to perform all of the actual work and give life to your device. But that doesn't make it simple. Motherboard designers are tasked not with creating a simple platform onto which everything else will be stuck, but rather with crafting an infrastructure for some of the fastest and most delicate electronics imaginable.

Even though the majority of the other components used in the system aren't manufactured by the motherboard maker, they are responsible often for choosing these components for their placement and configuration and making sure that every signal will be sent where it's needed, interpreted correctly, then passed to where it needs to go – and all of this without excess interference.

Even something as seemingly trivial as a single trace that's a little bit too long can cause one electrical signal to be a little bit late and another a little bit early, causing instability. That's why you'll sometimes see little zigzag patterns in the traces on a PCB. Everything about a motherboard is highly functional.

A motherboard also isn't purely hardware, either. There's a software or firmware component on a PC. This is referred to as a BIOS or UEFI, and it is often the difference between a good motherboard and a great motherboard.

What if our motherboard dies? Well, for consumer electronics and phones etc., you're often in trouble if you can’t find a new one. There are often extremely fragile cables and connectors attached to them, and if you can't find a detailed guide online, we would recommend leaving it to the pros.

For a PC, life is a bit simpler. Many PCs use industry-standard components, including the motherboard, but many others use proprietary inexpensive alternatives, so the only way to find out for sure is to contact your manufacturer directly.

But there's a good chance that you'll be able to get your hands on something. Once you've gotten a new one, replacing a PC motherboard is, in many cases, not difficult, but it can be time-consuming and tedious, and will usually involve removing pretty much every other component in its system in order to extract it and replace it.

Choosing The Best Motherboard For Your Needs

What is the best choice for a computer motherboard? Let’s get to the bottom of that, shall we? The GTX 980 Ti VR edition from EVGA provides an industry-leading graphics experience, as well as a 5.25-inch bay with easy access inputs for your VR device. 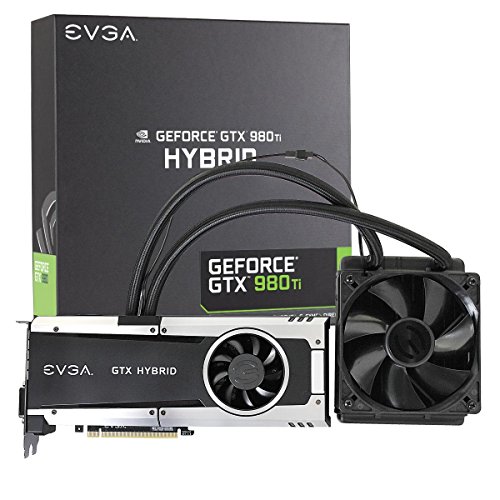 However, there is a fundamental problem with the way that many people tackle choosing the best motherboard. Most people have just learned how to sort the parts by price and threw all the most expensive components, many of which aren't even compatible half the time, let alone optimal, into a shopping cart.

The underlying issue here is that people are assuming that if they pay more, they will end up with a better experience, but that isn't always the case. Let's take two products, both of which that I have used as examples. Each of these motherboards sits in that top of the line $600 price range. While one is suitable for a general consumer and light workstation use – we're talking gaming, ripping Blu-rays, listening to music, video editing – the other one is better suited for installation in a server that will do complex video or 3D rendering, or run a large number of virtual machines or a demanding database with the amount of horsepower that it can be equipped with, or some combination of those things.

But this is where it gets kind of tricky. As many have demonstrated time and again, aside from the hardware that can be plugged into a motherboard, the board itself doesn't meaningfully impact raw performance anymore. Unless you're looking at some kind of semi-custom supercomputer hardware, like RISC architecture stuff, any board that takes an Intel x86 processor can do all of those things that I listed before.

A server motherboard would make for a real downer of a gaming rig, and definitely not the best motherboard. It doesn't have SLI or CrossFire support from multiple graphics cards, limiting your gaming performance to the best single card available forever. It doesn't have onboard Wi-Fi or USB 3.1, or even onboard audio.

It lacks the capability to add a Thunderbolt card for external storage. It doesn't have overclocking features. And finally, it has the kind of rear IO that you'd expect to find on a $50 motherboard on a Best Buy shelf six years ago: four USB ports, of which only two are USB 3 even.

Look For What You Really Need

This is the first main point we’re going to come to. Get yourself a viable product that's designed for your use case. There’s a reason that this is still expensive. Even with all of the stuff missing that you need, it could be the best motherboard for you.

The server board we looked at has two CPU sockets with quadruple the memory slot account, giving it the capability of supporting much more RAM and much more CPU horsepower – something that consumers will be hard pressed to benefit from, since very few workloads can utilize up to 36 processing cores on their own.

The variant of this board that costs the same as the consumer one has 10-gigabit network ports, only useful if you want to also drop hundreds or thousands of dollars on a 10-gigabit switch and other clients.

It's got an onboard VGA, which is a must, since you won't necessarily be putting a graphics card in it and VGA is still very widely used, more than you'd think in server-level gear. It's got (and this is tied into the VGA) a dedicated network port for what's called IPNI remote management.

This is a must for anyone running an offsite backup server because it lets you monitor vital information like CPU temperatures, install software off of virtual media, and see what that VGA port sees over the network or even reboot, or power the system on from a completely off state from hundreds of kilometers away.

And it's got other stuff that you might not even think would be useful, like dedicated hardware jumper switches for things that consumers would normally prefer to be handled in a software switch within the unified BIOS. So then for contrast, let's take a look at the strengths of the consumer motherboard.

The one we looked at was a Maximus VIII Extreme/Assembly – a very premium consumer board. So surprisingly, it has a 10-gigabit network card bundled. But aside from that, its highlight features are very, very different. 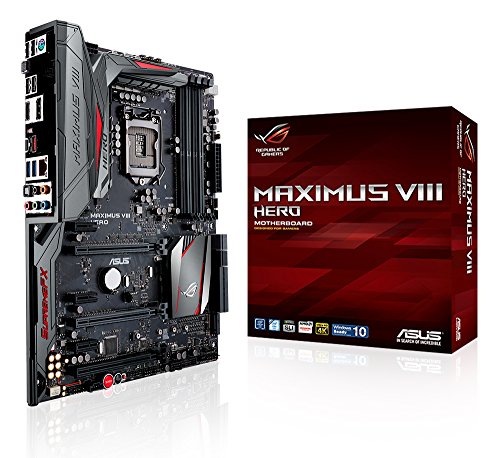 It's got a breakout fan controller module for intelligent and quiet system operations, something that doesn't matter in a data center. It's got thermal probes that you can place yourself for system monitoring, and it's got this rocking onboard audio with the front headphone jack - something I can't imagine too many IT pros using in their server room, designed to drive high-end audio file headphones.

It's got an easy memory compatibility button, support for multiple graphics cards, full overclocking support, including a liquid nitrogen mode. It's got RGV lighting even. All of that stuff is like, yeah, that's pretty cool for consumers and enthusiasts but would be completely meaningless on a server, where they'd be like "I'm sorry, it supports only four processing cores?"

This leads us to the second main point: don't buy stuff that you don't need. Once you're looking at the right category, ask yourself: "Do you really need liquid nitrogen mode?" Both these examples are premium products, and the reason for that is because it's easier to demonstrate the feature differences when both products are fully loaded, so to speak.

In Honesty, It All Depends

But there are a couple of boards in the $200 price range, where the main difference is still that the consumer gaming motherboard has more I/O and better audio and is better-looking. The professional server motherboard has remote management and better networking, leading us to the final point. And that is there is no single answer.

It's not that simple. Any one of those companies can make a winner or a total dud, from our experience. So we always say to use consumer reviews, usually from verified owners on Amazon whenever possible for motherboards because it's our belief that it is simply impossible for a single person with a single test bench to adequately test the motherboard for all the different things that might be thrown at it in the real world.

How To Get The Best Motherboard You Can

In summary, determine the features that are meaningful to you. Understand that spending more doesn't necessarily yield any sort of benefit. And make sure to get specific feedback on the models that you're comparing.

Also use Massdrop, which is an online community that can help you find a deal on parts, and they've got tons of different stuff. They take that to the manufacturer or an authorized distributor to make sure they're getting a genuine product.

As you can see, it’s much more of a grey area than some might have you think. Good luck hunting!