Windows 7 came out for use by the general public on October 22, 2009. Windows 10 was released on July 29, 2015. Both operating systems have their own unique advantages and disadvantages. Windows 7 has had the benefit of being out longer and having a more stable environment. Windows 10 revolutionizes the Windows UI and creates a happy medium between what folks loved about Windows XP, and Windows 8.

There are 3 versions of Windows 7 that are available for the general population to download. Those versions are Windows 7 Home Premium, Windows 7 Professional, and Windows 7 ultimate.

To run Windows 7 your computer needs to meet the following requirements:

There are numerous advantages to using Windows 7 in 2018. One of the first advantages Windows 7 has, is that it has been out for quite some time. The operating system is almost a decade old, and has seen a number of updates, service packs, and support.

Because Windows 7 has been around longer, users have gotten used to many of its quirks. Windows 7 was a welcome change over Windows Vista, because it managed to give consumers a more familiar user interface, along with the desirable features from Windows XP.

Windows 7 is also quite stable. Many businesses and universities still use Windows 7 because of how easy it is to get a hold of, and because of the familiarity that the UI brings. Windows 7 also has low system requirements, making it an excellent operating system to install on older machines.

While Windows 7 has many advantages, it also has some disadvantages. Back in 2015, Windows 7 stopped receiving mainstream support. Windows 7 currently suffers from the fact that in 2 years, 2020, Microsoft will stop its extended support for the Windows 7 Operating System.

Extended support is already a last lifeline for Windows 7. With extended support, service packs are no longer created to update Windows 7. Instead critical bugs and patches are released for users to still comfortably use the operating system. In 2020, this will transform into virtually no support. It will be up to the development community to find bug fixes and patches if something goes wrong with the operating system. 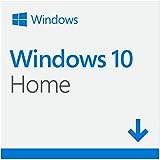 Windows 10 has 2 main versions that are available for easy public use. Windows 10 Home is the Windows 10 version that most every day users will need. Windows 10 Pro is a version of Windows 10 that is mostly for use with small businesses.

Windows 10 Pro includes security features like Bit Locker, that allow users to lock sensitive data in a secure manner. It also has domain joining capabilities, a feature that is definitely important for using company intranets.

Windows 10 combines many power user features, and classic UI elements from Windows XP, balanced with a modern tile based UI inspired by Windows 8. Microsoft took the harsh feedback from Windows 8, and create a product that is very accessible for new users.

Settings are simplified, with important tasks or operations being explained more thoroughly. It is easier than ever to use Windows 10 because it brings the start menu back, along with improving search functionality with Cortana.

Cortana allows people to browse their own directories, and the internet. Cortana takes contextual phrases and statements and displays results that closely match the context of what the user requested. This makes navigating the user interface much more manageable for folks who are new to using Windows computers.

Unless you took advantage of the free upgrade from Windows 7, or 8 to Windows 10, Windows 10 is going to cost you a bit of money.

Windows 10 has not been out that long. Because of this, there are still a number of bugs and security flaws that are being discovered on a daily basis. While Windows 10 does have many security features, those features have not had the ability to mature as older operating systems have.

Now that we have covered some of the relative advantages and disadvantages of both operating systems, we can compare them accurately. Windows 7 is relatively cheap. You can purchase a product key for the Home Premium version for $29.99. You could then go to Microsoft’s website and download an ISO image of Window 7 for free. All you need to do is enter the product key on Microsoft’s website, and you will be able to utilize Windows 7. Compared to Windows 10, this is definitely a lower barrier to entry.

Windows 7 also has a more traditional layout that resembles Windows XP. This is important, because for the longest time businesses would not update their computer until the end of support of Windows XP. The US Navy paid $9.1 million to keep support for their version of Windows XP. Ease of use of operating system matters to consumers. That is why in 2018 39.06% of Windows users use Windows 7. In addition, Windows 10 enabled devices are readily able to integrate with other Microsoft products like the Xbox One. In fact, with Windows 10 you can stream the video game you are playing from your Xbox One to your PC and play your video games on your PC.

One of the last benefits of Windows 10 in 2018 is that it will have more service pack updates, and more security updates than Windows 7. Windows 10 has not reached the end of its products life cycle. Severe security vulnerabilities will be patched, and users can have the full comfort of knowing that Microsoft is on standby and actively offering technical support for their operating system.

Windows 10 VS Windows 7, The Winner Depends On What You Need

Ultimately, the Windows 10 vs. Windows 7 debate in 2018 is up to what you personally need. If you want a modern, touch ready operating system that will be continually supported, then it is hard not to recommend Windows 10.

On the other hand, if you are worried about security vulnerabilities and want to be as safe as possible, Windows 7 might be the better option currently. Although Windows 7 may not have as many features as Windows 10, it still provides a level of familiarity and usability to older users of computers.