DisplayPort vs HDMI: Which One Should You Buy? For a signal to get from a DVD player, computer, game console, or other video source to a display, such as a TV or monitor, we need to connect them in some way. But the pros and cons of the various cable standards can be extremely confusing even for techies.

Down below, we’ve listed a quick explanation of the features of both DisplayPort and HDMI, and which one you should look into, all things considered.

DisplayPort VS HDMI – What’s The Difference? HDMI's biggest strafe today is its ubiquity. You can find it on an Intel-compatible standard on pretty much any modern display. It can support multi-channel audio, as well as Ethernet data. It has superior color depth and supports wide-wide video format including 4k, up to 30 Hertz, and a variety of 3D stereoscopic formats.

There are some drawbacks, however. The connector standard doesn't have a locking mechanism, and the resolution can only get up to 4k and 30 hertz. It also doesn't include official support for wide 21:9 aspect ratios or multiple concurrent video streams. HDMI 2.0 addresses everything that we mentioned, aside from the locking connector, which means it’s almost on par with DisplayPort. But we just haven't seen much of it yet.

DisplayPort, when looking at DisplayPort vs HDMI, is almost everything you need. And unlike HDMI, it has a locking connector. It can be converted to every other standard we’ve touched on. That includes VGA with a cheap adapter, plus there isn’t royalty required to implement it on a product.

Like HDMI 2.0, DisplayPort 1.2 supports 4k at 60 hertz, multiple video screens over a single cable, audio network or other signals, 21:9 aspect ratio, stereoscopic 3D, and pretty much anything else you could want, with the only thing missing being some home theater remote control features and stuff like that.

And things are only going to get better with DisplayPort 1.3 adding support for 4k 3D, AK displays, plus adaptive sync, helping to get rid of lag plus screen tearing during games.

By now, you've more than likely noticed that besides differing analog and video signals, we’ve been looking at features as opposed to image quality. That's because, unless you're a pro user with certain needs in terms of color, digital is the same and they will all look the same at a given resolution, as long as images aren’t completely garbled or corrupted by a broken cable or something.

How To Pick An HDMI Cable

One question that we get quite a lot is which HDMI cable to buy, especially when it comes to 4K HDR and projectors.

The good thing about HDMI cables is that they're not specific to HDMI versions. That means right now, if you go out and buy one that supports HDMI 2.0 and you have an older HDMI cable, it may work just fine as long as it can handle the bandwidth.

So, the two biggest deciding factors of HDMI cables are going to be the length of the cable and the quality of the cable.

The first type of cable is going to be a regular high-speed HDMI cable. This is probably what you're using right now for things like your Blu-Ray player, Xbox, or PlayStation. As long as you have a decent quality high-speed HDMI cable, it'll work just fine for 4K HDR content, provided the cable is not too long.

With some cheaper HDMI cables, you might run into issues once you go longer than 15 feet, and even some high-quality high-speed HDMI cables have problems sending 4K HDR at farther than 25 feet.

Active HDMI cables do a good job of sending 1080p content over a longer distance, but they don't work that well with sending high bandwidth 4K signals.

This brings us to the last type of HDMI cable, which is the fiber-optic HDMI cable. Fiber HDMI cables are still fairly new, but these basically use fiber optics to send a signal.

This is good for two reasons – firstly, it’s going to allow you to send a signal over a much longer distance, and it's also going to do better with handling the high bandwidth of a 4K HDR signal.

Fiber HDMI cables are going to work well for projectors since they allow you to send a signal over a longer distance (and usually projectors at the back of a room), so you usually need a longer cable. The one problem with fiber HDMI cables is that they are expensive, so we don't recommend them unless you absolutely need one.

So now that we've gone through all of that, you're probably wondering what the best HDMI cable options are. A lot of people buy HDMI cables from Amazon. The best thing we can tell you is to read through the reviews for those cables. One useful tip is that if you are trying to find longer HDMI cables, make sure that you filter your reviews according to the distance that you're looking for. Normally, we wouldn't have thought to create a section explaining refresh rate, but our recent slew of pieces on computer components outlined to us that we were missing this out of our content plan – so here we go.

The refresh rate of a display is the number of times per second, measured in hertz, that your display will update with new information. The benefits are simple. With older CRT monitors, having a high refresh rate was critical, because it reduced perceptible flickering and improved user comfort.

But because modern LCD and OLED displays don't work quite the same way, the big remaining benefit is that as long as the source material is running at a high enough frame rate, your eyes will receive more updates per second, resulting in a smoother moving image. The drawbacks are a bit more complicated. To send more images per second, we need to send more data, which means faster interconnects and higher-quality cable solutions.

But there's more – for video capture and creation, we need faster processors and more storage space to work with. For high frame-rate content and gaming, we need much more powerful graphics cards to even render the scene fast enough to get any benefit.

Otherwise, the high refresh rate display will simply display the same image over and over, while waiting for a new one. But who cares? Many hear that the human eye can see a maximum of 24 frames per second anyway. Otherwise, how would movies look smooth? They must run at 24 frames per seconds, right?

In fact, movies look smooth because motion blur gives that miraculous brain of ours the hints it needs to fill in the gaps. Not because your eyes can't perform any better.

And in games, motion blur is not a natural side effect of the way light is captured by a camera sensor or filmstrip – and looks unnatural. On top of that, it adds more latency between the input of the user and the action showing up on screen, which makes the controls feel less responsive. 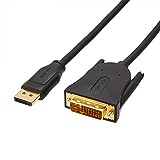 The way your eyes work is much more complicated than frames per second. They are designed to perceive motion, changes in light levels, and even certain colors better than others. And further complicating matters, sensitivity will vary from person to person. So really, measuring the performance of the eyes in images per second is like measuring the tastiness of a meal in currency.

The point is that representing the real-world limit isn't just as simple as one number, and we plainly don't know how to quantify it in simple terms. What we do know, however, is that if it was a simple number, it wouldn't be 24 frames per second or 30 or even 60.

The 960 Hertz clear-motion TVs you can find at the store use predictive algorithms to make the display look like fake tweener frames, and then play around with backlight refresh tricks to increase the refresh rate that you perceive.

But this still reinforces our point that your eyes aren't that simple. While filmmakers and cinemagoers still need to work with each other to figure out the best format for their future, for gamers, we need to all be united under one banner and ask for more, until we reach the upper limits of what we can perceive.

The Difference Between DisplayPort And HDMI Above, you can see that the difference between these two types of output is quite detailed, all things considered. Thankfully, with a little bit of knowhow, they aren’t too difficult to understand.

Take some time to look at the pros and cons of each – that way, you can more easily make a balanced decision when deciding which one to go for.